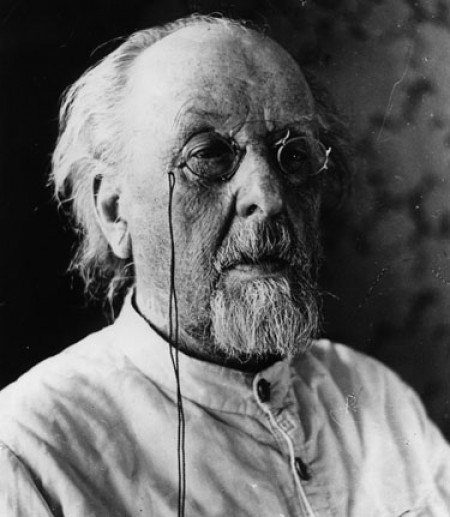 As a child, Konstantin flew kites which led to his love of space flight. When he was ten, he became sick with scarlet fever which left him deaf. His mother was always supportive of his interests and studies. After her death, he left school when he was thirteen. He educated himself by reading books in his home library, particularly those on science and mathematics. He discovered physics which led him to develop inventions, such as ideas for steam-driven and wind-propelled carriages, paper aerostats, and lathes.

When he was sixteen, he moved to Moscow and devoured books at the public library from early morning to late at night. He continued to conduct experiments that reached some scientists who encouraged his work. These scientists included the chemist who developed the Periodic System of the Elements, Dimitri Mendeleyev, the founder of Russian aeromechanics, Nikolay Zhukovsky, and physicist who studied the magnetic properties of iron, Aleksandr Stoletov. At age twenty-two, he received a teaching certificate and taught mathematics. In his spare time, he continued to work on his proposals for the construction of airships but did not receive financial support.

He became a member of the Russian Physico-Chemical Society and continued submitting his scientific work on the kinetic theory of gases and other related topics. His brilliant and imaginative mind led him to thoughts about interplanetary travel and communications with humans in space. He published Free Space, writing as an explorer in space in a scientific journal format that demonstrated how a projectile could overcome gravity and escape earth.  He studied needed conditions for rockets taking voyages into space, and develop designs of space vehicles. Not surprisingly, he wrote science fiction stories, "On the Moon"  which described the Earth from the Moon's surface, and "A Dream of the Earth and Sky" describing space flight and outer space. Another story "A Change in the Earth's Relative Gravity" discusses the inhabitants of Mercury where there is no discord like there is on Earth. These stories of "sky dwellers" and sending humans into space conflicted with Church dogma and political views. His stories were a metaphor for the liberation of the Russian people.

He foresaw that we would use manned spacecraft and radio telemetry as a means of interplanetary communications. His work continued to focus on rocket dynamics, constructed Russia's first wind tunnel to study air resistance's effects, and came up with the "Tsiolkovsky formula" which calculated a rocket's needed velocity to blast off into space. Unfortunately, the political turmoil in Russia during this time impeded his work and financial support needed to implement some of his ideas. Regardless of these barriers, he continued to write and composed more than 500 works.

Oberth recognized Tsiolkovsky pioneering efforts in the publication "The Rocket into Interplanetary Space",  one volume of a nine-volume "Interplanetary Communications " encyclopedia focused on his work., and the moon "Crater Tsiolkovsky" was named for him. The asteroid 1590 Tsiolkovskaja is named after his wife. Recognized for his contributions, he is featured in stamps and medals, in films, as a bust portraying him seated in front of a rocket blasting off into space, and a museum (formerly his home).