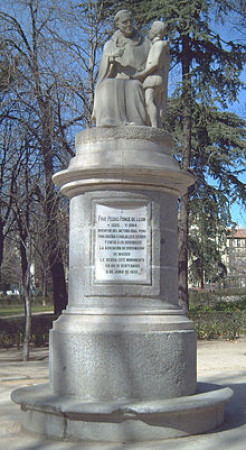 Dom Pedro Ponce de Leon, O.S.B., (1520–1584) was a Spanish Benedictine monk who is often credited as being "the first teacher for the deaf".

Ponce de Leon's work with the deaf was considered bold by contemporaries, as the prevailing opinion among most Europeans in the 16th century was that the deaf were incapable of being educated. Many laymen even believed that the deaf were too simple-minded to be eligible for salvation under Christian doctrine. 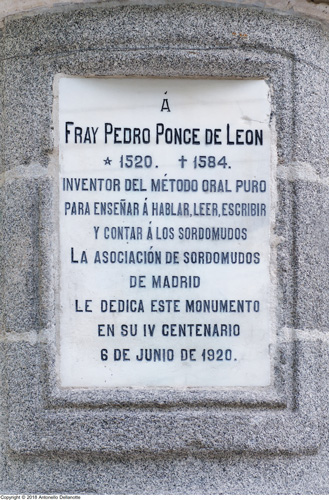