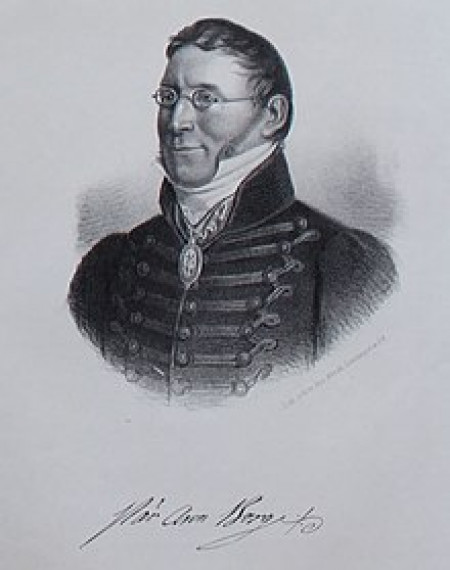 Borg was born in the parish of Avesta in Dalarna, Sweden. After studies at the University of Uppsala (1796–1798), he became a secretary in the Central Government Office (centrala ämbetsverk) in Stockholm.

After having seen a play where a deaf boy communicated by gestures, he was inspired to create a manual alphabet. He began to educate deaf and blind students regularly in 1808. In 1809 he founded Allmänna institutet för döfstumma och blinda å Manilla (Public Institute of the Blind and Deaf at Manilla; Manillaskolan), following the example of the Institut National de Jeunes Sourds de Paris founded by Charles-Michel de l'Épée in Paris.  The Manillaskolan had deaf teachers, and the instruction was taught in sign language.

HeBorgmwas the guardian and mentor of Johanna Berglind (1816–1903), an important figure in the history of the education of the deaf in Sweden.

In 1823–1828, Borg made a trip to Portugal where he founded a school for the deaf; thereby Portugal was given the same manual alphabet as Sweden.