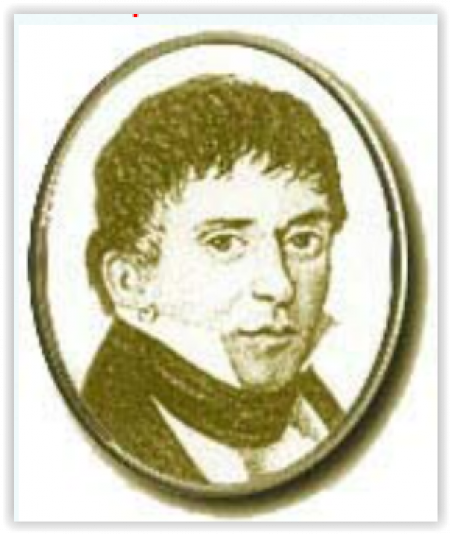 Jean-Baptiste Pouplin, born in Gisors on October 10, 1767 and died in Liège on April 18, 1828. He was a Belgian teacher of French origin and the founder of one of the first schools for deaf students on the European continent, in Liège in 1819.

Appointed a teacher in Givet in 1797, Jean-Baptiste Pouplin arrived in Liège two years later to exercise the same function.

In 1819, he welcomed into his class two children of a former officer of the Empire, Auguste and Eugénie Frenay, deaf and mute. The news spreads, so much so that at the end of the year, no less than 19 children attend the Pouplin school, rue Souverain-Pont.

After discovering a table with a the finger alphabet, he set out to teach it to his deaf-mute young people. Self-taught, he studied the works of Father Sicard and convinced himself that an adapted education could bring people with these handicaps out of their isolation. He spared no effort to develop his institute and to welcome as many students as possible.

In March 1820, he appealed to the public to raise funds and create a philanthropic association to support his business.

The appeal was heard and on August 27, 1820, the statutes were filed. Among the members, we find Georges Nagelmackers. In 1822, Joseph Henrion, a deaf-mute native of Verviers, a student of Sicard, was added to him as a teacher, and a boarding school was annexed to the school. In 1823, Pouplin's school became the Institut des sourds-muets and, two years later, moved to rue des Clarisses.

(translated from the French by Google Translate)