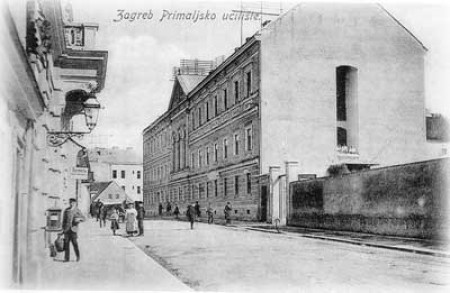 1885: First School for the Deaf in Croatia, Zagreb

"Adalbert Lampe was born deaf in Petrinja in 1842 and as in that time there was no school for the deaf in Croatia, his parents sent him to the Institution for the Deaf at Vienna.

Lampe graduated with distinction, and at the institution learned the bookbinder's trade. After his return to his home, he worked as a civil servant and was eminently successful, because no such skilled bookbinder could be found in the whole neighborhood.

After a chance meeting with the mother of a deaf boy, named Ivan Smolec, she asked him to help her son. He gave up his business at Petrinja and moved to Agram, where, on account of his particularly fine handwriting, he secured a position as a clerk in the Provincial Government of Croatia.

On 14 November 1885, he started as a private teacher in Agram (the former name of Zagreb) and obtained good results. This was the first time in Croatia that several deaf children were jointly instructed. In the annual report of 1888 it states that there are no official papers of the foundation of the institute by Lampe are present.

The deaf Institute was founded on 1 October 1888 with the name: "Privatinstitut Lampe". Lampe used only sign language in his teaching. His school prospered because people really appreciated his attempts to prepare deaf pupils for society.

Until the year 1888, Lampe maintained his school solely by voluntary contributions. In that same year, an association which aimed towards the foundation of an institution for the deaf in Croatia, undertook the management of the school, which shortly after started to expand and flourish."

from: Deaf Education in Europe - The Early Years: by Henk Betten, 2013 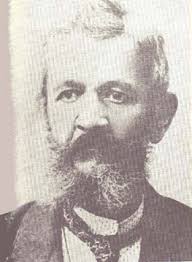