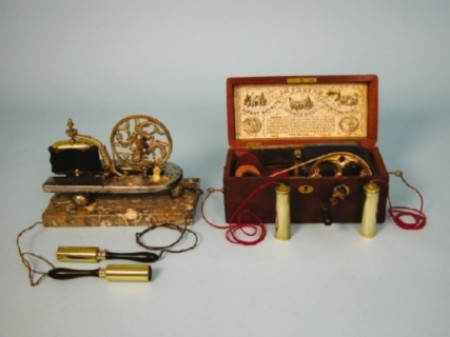 As electricity became a part of everyday lives in the nineteenth-century, practitioners became excited about its applications for medical ailments.

Some aurists recommended a course of electrotherapy aided by weak solutions of iodine of zinc to simulate discharge.
Other aurists applied electric currents directly into sites of ulcers in the ear to produce a rapid growth of healthy granulations and thus restore hearing.

It was believed that electricity could correct deafness caused by paralysis of the auditory nerves, which prevented sound vibrations from being transmitted properly to the eardrum.