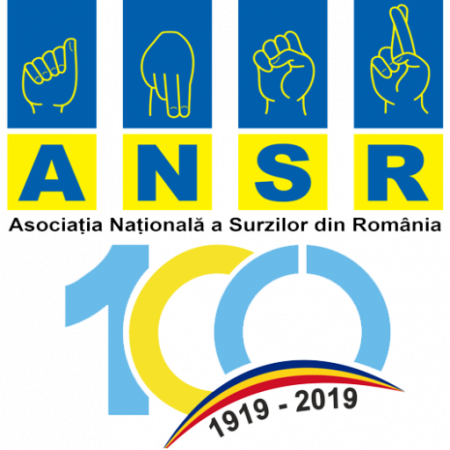 Article 2 of the Statute defines the Romanian National Association of the Deaf as “a nongovernmental organization, independent, non-profit, politically and religiously unconditional, with legal personality, of public utility, which protects and promotes the social, professional, cultural and educational rights and interests to the hearing impaired (deaf, deaf-mute) for social inclusion and equalization of chances. It receives support in keeping up specific activities from central and local authorities, as well as from individuals and legal entities”.

Through the specific activity carried out, the Romanian National Association of the Deaf is an organization representing the interests of the hearing impaired throughout the country, being the continuator of the “Friendly Society of the Deaf-Mute in Romania”, according to the Statute authenticated by the Ilfov Court, the notary section, under number 328 of January 5, 1920 and of the “Association of the Deaf-Mute of the Romanian People’s Republic”, recognized by the HCM number 1153 of July 20, 1952 and of the Civil Sentence number 1909 of August 15, 1953 of the People’s Court of the Tudor Vladimirescu District, Bucharest, thus adding a tradition of almost a century of activity put at the service of the people of Romania.

The first group of persons with hearing impairment in Romania was established on November 9, 1919 and was called the Friendly Association of the Deaf-Mute in Romania, under the patronage of Queen Mary, through the voluntary association of a group of deaf. The first President was Alexandru Clarnet and Prince Henry Ghica, the deaf son of Constantin Ghica, was also part of the steering committee.

On July 19, 1953, the first Congress of deaf-mute in Romania was held, in Bucharest, and in 1955 we participated for the first time in a Congress of the World Deaf Federation, in Zagreb. Also during this period, 16 branches and the National Council were established, a crucial moment in the specialization on social, cultural and sporting issues of the Association’s staff. With the establishment of the subsidiaries, the collaboration with the special schools was intensified, organizing various cultural-educational and sporting activities that had as main purpose the intellectual development of the children. In 1995, within the National Conference it was decided that the name of the association be “Romanian National Association of the Deaf”, a name that it honors nowadays.

Despite the fact that the Association has encountered many difficulties over time, its progress is extremely visible, as ANSR is currently a “large family”, consisting of 37 branches with legal personality and 13 subdivisions, which, through the effort they have made over time, they have succeeded in facilitating the equalization of the chances, the improvement of the quality of life, with the aim of social-professional integration of the people with hearing impairment.